For Beginners
Hiragana Katakana BeginnersIdeal for students who are just starting to learn Japanese, this reference guide will help you to remember the characters, practice stroke order and learn the pronunciations using flashcards.
Get App 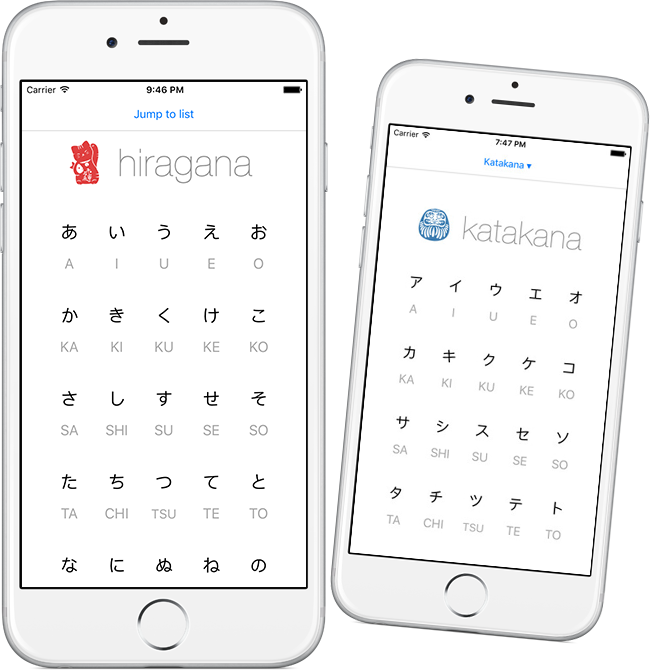